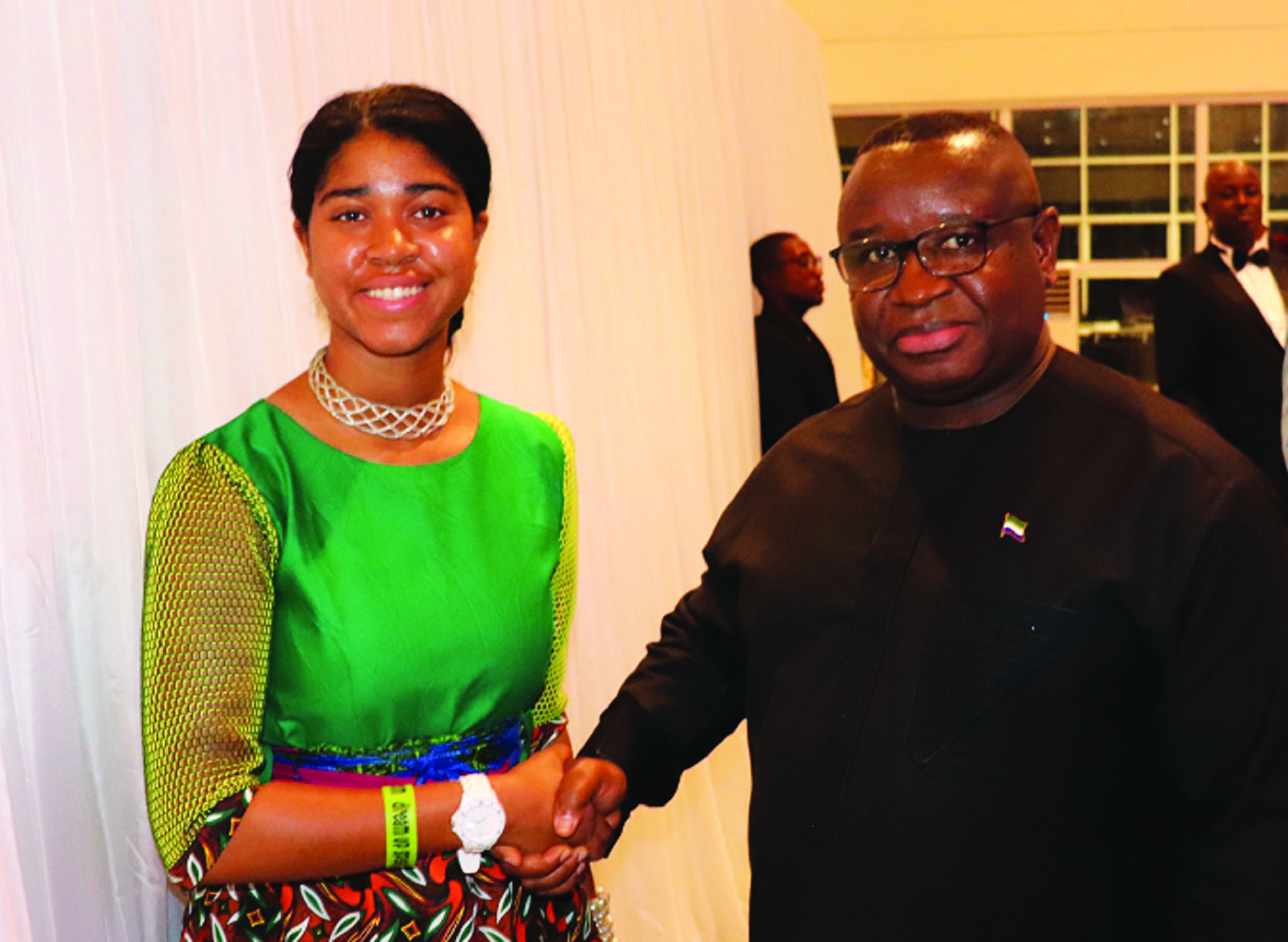 Sierra Leone, once the pride of freed slaves rescued by the British Colony, and a thriving hub of advanced education in the early 20th century, fell victim a slue of catastrophic downturns in the last 20 years - a brutal civil war, and the Ebola epidemic.

But building the country's social and civil fabric one thread at a time has been the focus of successive leaders, and this is made more pronounced currently by the President H.E. Julius Maada Bio and the First Lady - H.E. Fatima Maada Bio. Her 'Hands Off Our Girls" campaign launched in December 2018 in Freetown received major boost this weekend, when global girl education advocate Zuriel Oduwole, lent her voice to the initiative.

"How can I not be here to support, when I know the difference it always makes, for kids to hear from someone who looks like them, and is about the same age as well," she said on arrival at Lungi airport from her Los Angeles home.

She addressed 20,000 students at the Freetown stadium on Friday, and was formally welcomed the next day to the country by President Bio at a gala reception. Zuriel showed herself as an example of what an educated girl can do to the 250 traditional, paramount and regional chiefs present at the event, so they could go back with a deeper appreciation of that their own girls, can indeed accomplish for Sierra Leone.

President Bio thanked her for recognizing the initiatives and efforts of the country, in the area of addressing the issues of teen pregnancy, rape and, out of school children, especially teenage girls. The crime of rape, now attracts a life prison term for convicted offenders because of the presidents intervention and convictions.

President Julius Maada Bio, is the 31st world leader Zuriel Oduwole would formally meet with, in line with her global girls education initiative.