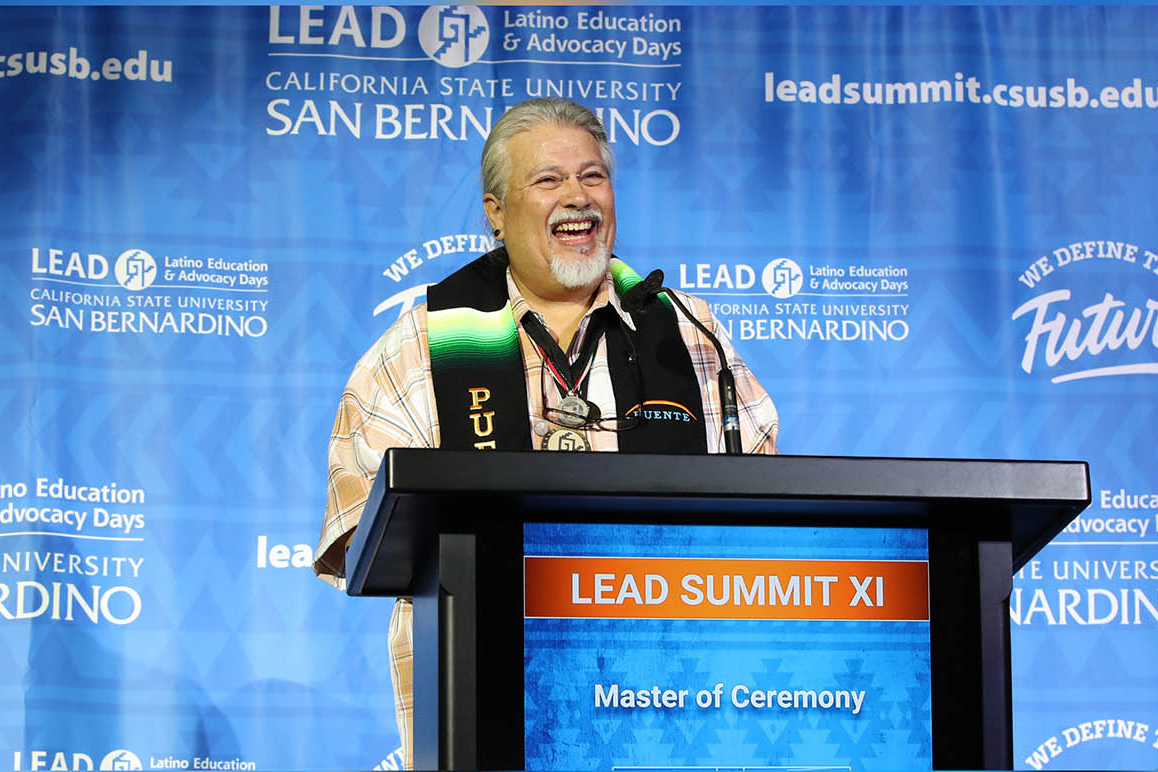 Enrique Murillo Jr. was named to the President's Advisory Commission on Advancing Educational Equity, Excellence, and Economic Opportunity for Hispanics.

“It is my distinct honor to have been appointed as an adviser to the White House by President Joe Biden,” Murillo said. “I look forward to working closely with the Secretary of Education to help make up for lost ground at a time when we had been losing the battle to keep our focus on educational and economic equity, opportunity, and achievement, including attending college and beyond. The competitive strengths of our nation will continue to depend, to a large extent, on the positive educational outcomes of Latino students.”

“We are very proud of Dr. Murillo,” Morales said. “He has been a staunch advocate for the improvement of the education of Latino students through LEAD, the National Latino Education Network, his many scholarly works, such as the Journal of Latinos and Education and the Handbook of Latinos and Education, and as president of the Southern California Consortium of Hispanic-Serving Institutions. His passion to ensure Latino students have access to every educational opportunity to better themselves, their families, and their communities – as well as his personal perspective as a first-generation Chicano – makes him a valuable member of President Biden’s advisory commission.”

The commission was created to provide advice to President Biden, through U.S. Secretary of Education Miguel Cardona, on matters pertaining to educational equity and economic opportunity for the Hispanic and Latino community, the White House announcement said. Those areas include developing programs to improve educational opportunities and outcomes, improving career pathways for in-demand jobs, ways to strengthen educational institutions to equitably serve Hispanic and Latino students and increase their participation, and increasing public awareness and developing solutions to reduce educational disparities.

In addition to his work with LEAD, the National Latino Education Network, the Southern California Consortium of Hispanic-Serving Institutions, and his scholarly research, Murillo serves as the Faculty Director for CSUSB’s Doctorate in Educational Leadership Program. Born and raised on the east side of Los Angeles, Murillo has a bachelor’s degree in psychology from the University of California, Los Angeles, a master’s degree in educational foundations from Cal State Los Angeles, and a doctorate in philosophy in social foundations of education from the University of North Carolina at Chapel Hill.

He has authored and/or edited more than 180 publications and scholarly multi-media works and has presented at more than 180 professional conferences. He has been recognized with more than 50 local, regional, state, national, international, and congressional commendations.

Biden announced the appointment of Murillo and his fellow commission members on Sept. 30. Shortly after the White House announced the appointments Robert Nava, vice president of University Advancement at CSUSB, shared the news at the LEAD Summit XI, which was being held at the university’s Santos Manuel Student Union North and attended by approximately 950 people throughout the daylong event, and hundreds of thousands through media partners and online live streams.

Reading from the announcement, Nava said, “I am writing to let you know that the announcement of the president’s intention to appoint you, Enrique Murillo, to the President’s Advisory Commission on Advancing Educational Equity, Excellence, and Economic Opportunity for Hispanics, will go live today at 11 (a.m.).”

The conference room erupted with cheers and a standing ovation for Murillo.

“So, Professor Murillo is taking his work from the classroom to the streets, the community to the White House on behalf of our communities,” Nava said. “Congratulations, Professor Murillo. We’re very proud of you.”

The full list of advisory commission members, and the official White House announcement, are online at “President Biden Announces Key Appointments to Boards and Commissions.”