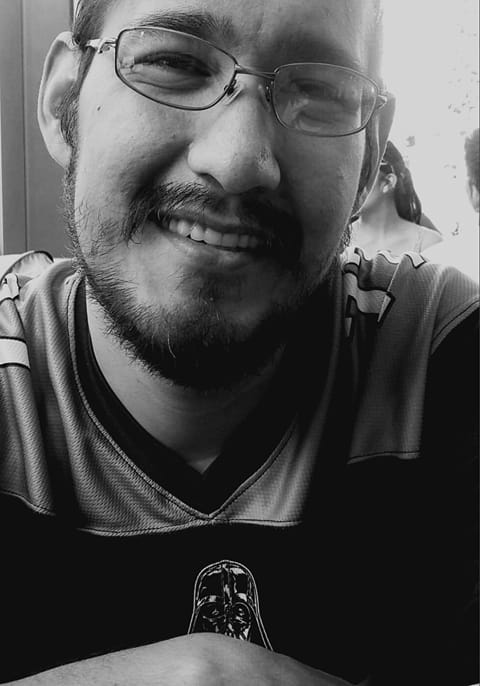 Salvador Reyna II was a loving son, brother, father, and grandfather. Salvador will be commemorated by family and loved ones on Friday, September 18th at 1pm.

Salvador Reyna II, 38, of Desert Hot Springs went home to be with the Lord on October 31, 2022, surrounded by the ones he loved. Salvador was born on September 6, 1984 to Cynthia Betancourt and Salvador S. Reyna. He grew up and lived in Moreno Valley, CA until he was 18 years old when he then moved to Beaumont with his family. He began working right after graduating from Valley View High School in 2003. He began his time at Morongo Casino, dedicating many years and putting his heart into his work.

It was while he was working at the Casino that he met the love of his life, Eleanor. They worked together and began dating in 2005. After dating for 7 years  Salvador asked Eleanor to marry him and they tied the knot in 2013. They have two children Corina and Jeremy and three grandchildren Jey, Savy, and Aly.

Salvador was an avid artist throughout his life. He had a passion for drawing and creating art for his loved ones. Making murals, sketches, and pictures that had special meanings for everyone. He loved spending time with his family and friends and enjoyed going yearly to Monster Jam, Disneyland and any amusement parks that he could get to. He was a lifelong fan of the Dallas Cowboys and anything Disney.

Salvador made friends easily and he was just the kind of person to draw people in. He had a childlike spirit to him and a love for life. Anyone who knew Salvador knew that he loved his family and his grandpups. He was a big supporter of the Relay for Life that took place yearly in Colton. He would attend each year to show his support for those that had lost loved ones, were currently battling, or were survivors of Cancer.

He was diagnosed with Diabetes in his early 20s and battled with this disease fiercely. While it was a tough battle for him, he did not let that get him down. He adapted his life and kept pushing through. In 2022 he was diagnosed with Leukemia and his toughest fight began, but he never let any of it get to him. He fought hard each day and made sure to make each day worth living.

Salvador spent his final months spending time with his family and friends, making sure they all knew how much he loved and cherished each and every one of them. Sadly, he lost his battle with cancer on October 31, 2022.  On his favorite day of the year and surrounded by those who loved him unconditionally he passed as the sun rose on Halloween morning.

Services and his celebration of life will be held at 2343 Pennsylvania Ave, Riverside CA 92507 on Friday, September 18th at 1 pm.